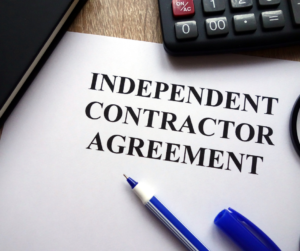 There has been a lot of confusion concerning the Final Rule introducing Part 795 of CFR Title 29 and expressly adopting the long-standing economic realities test for evaluating independent contractor status under the Fair Labor Standards Act (FLSA). Under the proposed rule, the U.S. Department of Labor (DOL) narrowed the interpretation of the independent contractor status under the FLSA.

The Final Rule attempted to limit the economic realities inquiry into whether the worker is considered to be a pseudo employee or an independent contractor to the following five factors (as opposed to the previous tests used by the DOL, IRS and federal courts):

These proposed five factors were not exhaustive, and no single factor was dispositive, but the degree of control and opportunity for profit or loss were typically given greater weight as the “most probative” “core factors”. If both core factors supported the same classification, independent contractor or employee, there was a “substantial likelihood” that the classification was appropriate.

The DOL intended for employers, employees, and courts to use the interpretations to better understand employers’ obligations and employees’ rights under the FLSA while rescinding any conflicting prior administrative rulings, interpretations, practices, or enforcement policies were expressly rescinded. (29 C.F.R. §§ 795.100 to 795.120.)

The rule was first published on January 7, 2021 and was scheduled to take effect on March 8, 2021. However, in a Final Rule published on March 4, 2021, the DOL under the Biden administration delayed the effective date until May 7, 2021 but later announced a withdrawal of the independent contractor Final Rule effective May 6, 2021. The agency did not propose new rulemaking.

Read More
Request a Call Back